I've heard the term "entropy" over the years and never understood it until now. I used to think entropy was randomness, and it's kind of related.

Entropy can be defined in a few ways, some more complicated than others.

Entropy is a measure of how much information is gained (measured in bits) when an outcome is revealed.

If you had an unfair coin, and knew that 60% of the time it would be heads, then entropy has decreased, because there is some predictability in play.

How much has the entropy decreased?

Shannon's equation of measuring entropy, here represented as H, is the sum of the probabilities of each of the outcomes time the logarithm of the 1/probability of each outcome.

We simplify 1/probability as probability-1, and moving the exponent out of the logarithm as -1, and multiplying it by the whole thing. This simplifies the log portion to log2(p). I use the form in the image in the calculations below.

Note the 2-headed coin has 0 entropy, because the outcome is reliably predictable.

I went to the board and figured out that n equally likely outcomes have the entropy of log2(n). So entropy for a coin flip or a dice roll are different. A higher n means a higher entropy because the unpredictability increases as n increases. 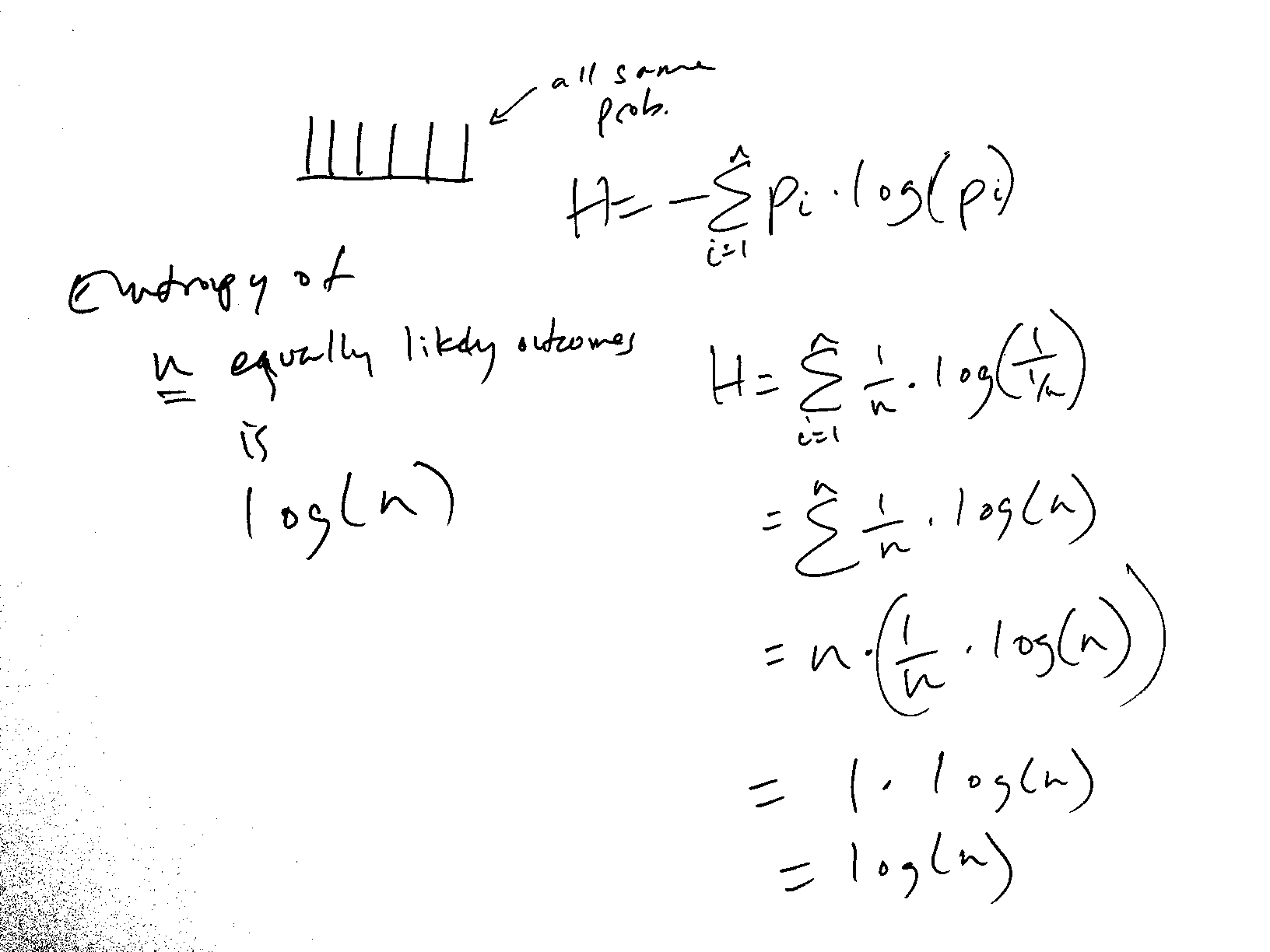 What's It Good For?

Entropy comes into play in:

So it's worthwhile to learn!

Today I studied cryptography and compression, so I'm trucking along. These topics are not on the coaching docs I've…

An Experiment in Sorting in Linear Time

Yes, you can sort in linear time, as long as you're avoiding comparisons. Radix sort and counting sort are…